The Centre of Theology and Philosophy

MOVED: Centre of Theology and Philosophy

The Centre of Theology and Philosophy website has been redesigned and THE RSS FEED HAS BEEN MOVED.

If you are seeing this, then you need to update your RSS feeds to the following URL:

The Centre of Theology and Philosophy

Posted by Eric Lee at 11:55 AM | Permalink
Filed under: Announcements

Upcoming Conference: The Nature of Experience

At the John Paul II Institute for Studies on Marriage and Family at The Catholic University of America, there is a forthcoming conference entitled The Nature of Experience: Issues in Culture, Science, and Theology, which will be held December 3-5, 2009.

Posted by Eric Lee at 10:02 AM | Permalink
Filed under: Announcements , Events

Conor Cunningham's BBC2 documentary "Did Darwin Kill God?" gets syndication on ABC Compass, and will air on 22 November 2009 at 22:10. For details click here.

Posted by Eric Lee at 8:39 AM | Permalink
Filed under: Announcements

Out today in the latest issue of the Mars Hill Audio Journal (#99), Ken Myers interviews Alison Milbank, discussing her book Chesterton and Tolkien as Theologians: The Fantasy of the Real.

Alison Milbank, on how the fantasy writings of G. K. Chesterton and J. R. R. Tolkien are intended to reconnect readers with reality.

Posted by Eric Lee at 7:28 AM | Permalink
Filed under: Audio , Publications

Two forthcoming lectures put on by the Centre of Theology and Philosophy this Autumn:

"How to Prove the Existence of God: Some Remarks on Anselm's Proslogion" by Dr Lydia Schumacher

Posted by Eric Lee at 10:51 AM | Permalink
Filed under: Events

Audio from the 'Spinoza and Bodies' Conference

At the "Spinoza and Bodies" conference held September 10-11 at the University of Dundee, Dr. Michael Mack and PhD candidate Anthony Paul Smith presented papers whose audio recordings may be listened to here, amongst other presenters at the conference.

Michael Mack, "Spinoza and Freud, or how to be mindful of the mind"

Anthony Paul Smith, "The Ethical Relation of Bodies: Thinking with Spinoza towards an Affective Ecology"

In a similar vein to the University of Nottingham's Period Table of Videos, Brady Haran, in conjunction with our Department of Theology and Religious Studies, is now producing a series on the Bible dubbed Bibledex. There will be books on all 66 books of the Bible, and as the website states, they "are by no means comprehensive - rather they're a curious assortment of academic insights into what is probably the most famous collection of books in history." Each video consists of different insights from the different perspectives offered from the staff and postgraduates in the Department of Theology and Religious Studies. The first three videos are now up, on Genesis, the Song of Songs, and 1 Corinthians. The remaining videos will be released periodically.

Two Screenings of 'Did Darwin Kill God?' with Q&A with Conor Cunningham

On the 3rd and 4th of November, Conor Cunningham will be at St. Edward's University and Baylor University, respectively, to screen the documentary "Did Darwin Kill God?" which he wrote and presented for BBC2. The Viewings will be accompanied by a Questions & Answers session afterward.

Please click on the thumbnails below to view the PDF posters for each event.

Posted by Eric Lee at 11:08 AM | Permalink
Filed under: Events 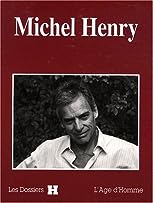 A helpful article with more information on the contents of this volume may be found here on ACTU-PHILOSOPHIA.

Posted by Eric Lee at 11:15 PM | Permalink
Filed under: Publications

Out today in the latest issue of the Mars Hill Audio Journal (#98), Ken Myers has interviews with Stanley Hauerwas and David Bentley Hart. From the issue description:

Stanley Hauerwas, on the public witness of Fr. Richard John Neuhaus and on why Neuhaus abandoned his 1960s radicalism to become a leading 'theoconservative'.

David Bentley Hart, on the feeble and confused arguments of the recent crop of outspoken atheists and on how a misunderstanding of the nature of freedom is at the heart of their revulsion at religion.

Off the presses this week: The Pope and Jesus of Nazareth: Christ, Scripture and the Church, a collection of essays from the conference of the same name held at the University of Nottingham in the summer of 2008. Published by SCM Press in conjunction with the Centre of Theology and Philosophy in the Veritas series, edited by Adrian Pabst and Angust Paddison.

The publication of the book Jesus of Nazareth on 16 April 2007 was an unprecedented event: never before had a reigning Pope published personal reflections on Jesus. Benedict XVI's book engages not just with New Testament scholarship but also with fundamental methodological questions related to historical criticism.

The Pope and Jesus of Nazareth provides essays by some of the leading scholars in Britain, continental Europe and the USA to highlight the insights and limits of the Pope's reflection on Jesus. Specifically, it engages with the book from critical, cross-disciplinary and different faith perspectives.

Additionally, out last month is a volume entitled Divine Transcendence and Immanence in the Work of Thomas Aquinas, a collection of studies presented at the Third Conference of the Thomas Instituut te Utrecht, 15-17 December 2005. Edited by Harm Goris, Herwi Rikhof, and Henk Schoot, this volume contains essays by CoTP members Rudi te Velde, Harm Goris, and Conor Cunningham. The full table of contents may be found here.

The terms 'transcendence' and 'immanence' are often used casually and as self-evident. The spatial imagery contained in their meaning determines the way they are understood and used: as opposites, like 'there' and 'here'. As a consequence, the two concepts are seen as mutually exclusive when applied to God's being and to his activity and presence in our world and in our history. This view on the relationship between God and world is characteristic not only of deism and pantheism, but also of theism.

However, in the view of Thomas Aquinas, such an opposition cannot adequately capture the central tenets of the Christian faith. This book explores Aquinas' thought on transcendence and immanence in his discussions of creation, analogy, the Trinity, grace and Christ, and offers interpretations in which God's transcendence and his immanence do not exclude but imply one another.

Posted by Eric Lee at 8:46 AM | Permalink
Filed under: Announcements , Book Series , Publications

University of Nottingham
Centre of Theology and Philosophy

MA in Systematic and Philosophical Theology by distance learning

This new programme will enable students from all over the world to engage in graduate study at one of the leading centres for research and teaching in theology and philosophy. Students will study at distance via printed and electronic media with regular contact with course tutors. Occasional visits to Nottingham for tutorial guidance are encouraged. A residential seminar and conference will be held annually in Nottingham, next between 27th and 29th April, 2010.

Posted by Eric Lee at 9:30 AM | Permalink
Filed under: Announcements , Course Information

Released in April is the Radical Orthodoxy Reader, edited by John Milbank and Simon Oliver.

The Radical Orthodoxy Reader presents a selection of key readings in the field of Radical Orthodoxy, the most influential theological movement in contemporary academic theology. Radical Orthodoxy draws on pre-Enlightenment theology and philosophy to engage critically with the assumption and priorities of secularism, modernity, postmodernity and associated theologies. In doing so it explores a wide and exciting range of issues: music, language, society, the body, the city, power, motion, space, time, personhood, sex and gender. As such it is both controversial and extremely stimulating; provoking much fruitful debate amongst contemporary theologians.

To assist those encountering Radical Orthodoxy for the first time, each section has an introductory commentary, related reading and helpful questions to encourage in-depth understanding and further study.

Posted by Eric Lee at 9:07 AM | Permalink
Filed under: Announcements , Publications

I've just received word from Chris Simpson that his new book has arrived today. It is entitled Religion, Metaphysics, and the Postmodern: William Desmond and John D. Caputo, published by Indiana University Press (Indiana Series in the Philosophy of Religion). The publisher's description:

William Desmond's original and creative work in metaphysics is attracting more and more attention from philosophers of religion. Putting Desmond in conversation with John D. Caputo, an important philosopher of religion from the Continental tradition, Christopher Ben Simpson casts new light on Desmond's complex, multifaceted, and nuanced thought. The comparative approach allows Simpson to get at the core of recent debates in the philosophy of religion. He develops a rich understanding of how ethics and religion are informed by metaphysics, and contrasts this approach to the decidedly anti-metaphysical stance in Continental philosophy. Religion, Metaphysics, and the Postmodern presents a systematic analysis of Desmond's thought as it advances work on Caputo's thinking and on the philosophy of religion.

SCM Press is having a sale on CoTP-associated books, which lasts until 30 September 2009 :

Subscribe to the CoTP News feed
[What is this?]