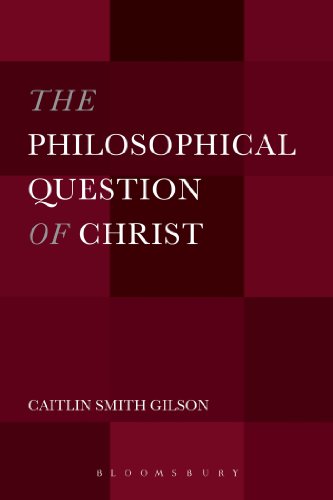 Does the figure of Christ provide philosophical reason with its ultimate philosophical challenge? What can thought as thought say about the picture of Christ in the Gospels? Gilson argues that the forgotten hermeneutic of perfection provides the key to a re-thinking of the fundamental categories of reason and faith.

From a strictly philosophic perspective Gilson examines the figure of Christ in the gospels as a unique essence no longer either traceable or reducible to any contributing influences; so unique as to transcend while incorporating all comparative genera; so unique as to carry within itself not its own self-evidence but its own inescapability. The Philosophical Question of Christ examines the fundamental ideas expressed in Christianity: the idea of the Man-God, the meaning of faith, the nature of Grace, death, resurrection, sin and forgiveness. The hermeneutic of perfection discoverable pre-thematically in the Greek tragedies, exemplified in Dostoyevsky, found methodologically in Anselm, Aquinas, Pascal and Kierkegaard is discussed in its epistemological and metaphysical nature. The alternative merely philosophical faith, as exemplified in Karl Jaspers and Eric Voegelin, is discussed, analyzed and shown to be deficient, both philosophically and theologically. 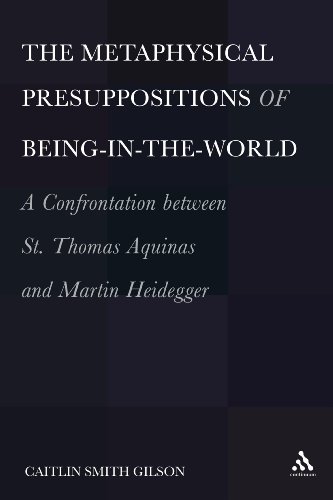 “I am unaware of any previous successful attempt to confront Heidegger’s massive critique of metaphysics at such depth and range. Dr Smith-Gilson’s conception of the four-fold intentional presupposition at the heart of metaphysics is an original conception of great merit and her work will be of immense interest to scholars of Heidegger, St Thomas, and well as to epistemologists and metaphysicians across a wide spectrum.” — Prof. Juan Andrés Mercado, Associate Professor of Modern Philosophy, The Pontifical University of the Holy Cross, Rome, Italy

“This work gives a needed voice to the still-true and still misunderstood pre-modern understanding of man, world, being, and God. Where the earlier Thomistic revivals confronted modernity by employing scholastic terminology to restate its vision, Dr. Smith-Gilson’s work of retrieval confronts, at the highest intellectual level, modernity and especially its phenomenological presentation, with the words of philosophy simpliciter. This work is an apologia for the Thomistic vision of man, God, and being which is not itself apologetic or defensive. This is a profound and difficult work, but one that richly rewards the reader who gives himself to its meditation.” — Herb E. Hartmann, Professor of Philosophy, Southern Catholic College, GA, USA

“The confrontation between Classical and Heideggerian understanding of Being shows Smith Gilson’s superb capacity to get into the mind of philosophers of different schools of thinking and mastering their philosophical language. With great balance, this book neither merges the two in some facile reconciliation, nor makes Heidegger a straw man with which to beat modernity in favor of a 13th century theology, but highlights the similarities and differences of their conceptual frameworks, without getting stuck in terminological equivocalness. The reader will find in these rich and dense pages a sound and substantial dialog between Heidegger’s philosophical standpoint and medieval metaphysics.” — Prof. Francisco Fernández Labastida, Pontificia Università della Santa Croce, Italy