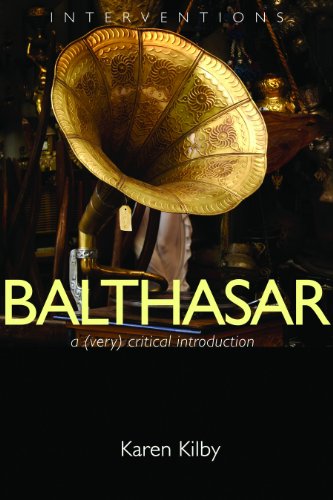 The enormously prolific Swiss Roman Catholic theologian Hans Urs von Balthasar (1905-1988) was marginalized during much of his life, but his reputation over time has only continued to grow. He was said to be the favorite theologian of John Paul II and is held in high esteem by Benedict XVI. It is not uncommon to hear him referred to as the great Catholic theologian of the twentieth century.

In Balthasar: A (Very) Critical Introduction Karen Kilby argues that although the low regard in which Balthasar was held from the 1950s to 1960s was not justified, neither is the current tendency to lionize him. Instead, she advocates a more balanced approach, particularly in light of a fundamental problem in his writing, namely, his characteristic authorial voice — an over-reaching “God’s eye” point of view that contradicts the content of his theology.

“Karen Kilby exposes the plotline of Balthasar’s formidable opus and proceeds to offer circumspect criticism of the supremely confident modes of expression his speculation can take. With grammar as a critical tool, she inquires trenchantly what might allow this ‘theological novelist’ to know his divine characters so well as to spin the story he does.” — David Burrell, C.S.C.,  University of Notre Dame

“This book should be essential reading for anybody interested in contemporary Catholicism and its most flamboyant theologian. Kilby approaches her subject with a lucidity and balance that are rare in studies of Hans Urs von Balthasar. While meticulously careful to avoid gratuitous criticism, she offers a timely caution against the uncritical acceptance of Balthasar’s work and its influence on much recent theology and doctrine.” — Tina Beattie, University of Roehampton 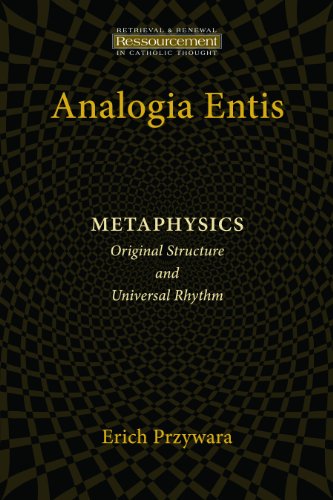 This volume includes Erich Pryzwara’s groundbreaking Analogia Entis, originally published in 1932, and his subsequent essays on the concept analogia entis — the analogy between God and creation — which has certain currency in philosophical and theological circles today.