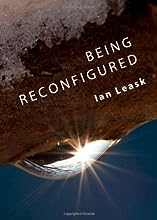 Being Reconfigured presents some of the most brilliant and audacious theses in recent phenomenological research. Challenging so much post-Heideggerian doxa, it argues against contemporary phenomenology’s denegation of Being, but suggests, as well, that phenomenology itself can provide a viable and fruitful alternative to this impasse.

Specifically, Being Reconfigured delineates the source of phenomenology’s ‘refusal’ of Being, in Husserl; the main strands it demonstrates, in Marion and Levinas; and the fundamental problems its entails—in Marion, the necessary retention of a ‘metaphysical’ subject, and in Levinas, the necessary revival of Kantian dualisms and diremptions. Beyond this critical survey, however, Leask also provides an alternative perspective, through a reassessment of Edith Stein’s ‘generous ontology.’ This reassessment involves: delineating Stein’s Patristic and Scholastic sources; amplifying her suggestions, through the work of Michel Henry, Merleau-Ponty and Levinas himself; and demonstrating the contemporary significance of Stein’s phenomenology of Being-sustained and Being-safe(ty). By considering Being in these Steinian terms of support, safety and charity, Leask concludes, we might begin to overcome the difficulties described in the book’s earlier chapters—and to do so by radically reassessing the ‘nature’ of the Being that we take for granted.

“In a sweeping tour of contemporary phenomenology, Ian Leask offers an erudite and philosophically imaginative interrogation of the current phenomenological attempt to do without or go beyond Being. Leask argues that Being is not to be overcome by givenness but reconceived or reconfigured as sustaining generosity. A masterful account for anyone working in phenomenology today.” — John D. Caputo, Syracuse University, USA

“[Ian Leask’s] project seems to me as interesting and important as any in contemporary philosophy.” — Alasdair MacIntyre, University of Notre Dame, Indiana, USA

“While analytical philosophy is often accused of a ‘flight from being,’ Ian Leask lays the same accusation against much contemporary phenomenology as well. He plays a masterful game of philosophical chess, in which many exalted figures are toppled or undergo a radical change of position. Building on Edith Stein’s notion of being as ‘sustentive,’ he shows how a classical understanding of the inherent goodness of being, thus retrieved in the key of phenomenology, can give new bearings to the thought of Michel Henry, Merleau-Ponty and even Levinas. At first sharply critical, Leask reveals in the end a capacious sympathy for all the thinkers studied, as if himself enacting ‘the charity of being.’” — Joseph S. O’Leary, Sophia University, Tokyo, Japan